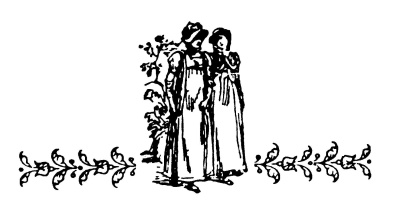 Who could have supposed that a great, great, great grandniece of Jane Austen herself would be present at the door? But so it was when a hundred members of the Jane Austen Society of North America gathered October 5 in New York for their inaugural dinner.

From Maine to California, from British Columbia to Nova Scotia members came to talk about Jane, to quiz each other about Jane, to put themselves on record as to their favorite novel by Jane, to mill about in the ambience only a hundred Jane-admirers collected together could create for each other.

A friendly smile at the door from Freydis Welland, daughter of Joan Mason Hurley, born Joan Austen-Leigh, and great, great, great grandniece of Jane Austen, set the tone for a sociable evening at the Gramercy Park Hotel. J. David Grey of New York City, founder of the Society with Joan Austen-Leigh of Victoria, British Columbia and Henry Burke of Baltimore, shook hands with nearly everyone, as did nearly everyone else.

There were scholars and students, collectors and booksellers, librarians and scientists; all admirers. And there were members of the press: The New York Times, The New Yorker, New York magazine,* and the Gannett Newspapers came to write about the event.

Golden-hued cloths covered tables for ten which were centered with white chrysanthemums. At each place were a copy of “Our Own Particular Jane,” a handsome dinner program written over with quotes from Jane about food and decorated with Jane Austen’s sketch for a pattern of lace, and a Jane Austen quiz. Not even the fresh fruit cup hushed the good-humored conversation, nor did the boneless stuffed chicken, wild rice, glace carrots or country salad which followed. There were carafes of white wine, pecan pie and coffee to be consumed, too, before the treat of the evening, speakers A. Walton Litz of Princeton and Donald J. Greene of the University of Southern California.

Mr. Grey introduced those seated with him at the head table, Joan Austen-Leigh, Freydis Welland, Henry Burke, Juliet McMaster of the University of Alberta, Janet Todd of Douglass College, Professor Litz of Princeton and Professor Greene of University of Southern California; the latter four are patrons of the Society. Also at the dinner were three other patrons, Katrin Burlin of Bryn Mawr College, David Spring of John Hopkins University and David Monaghan of Mount St. Vincent University, Halifax.

Joan Austen-Leigh asked members to stand to drink a toast to “the incomparable Jane,” and then the delicious hum resumed to be interrupted only once more when Tad Mosel, Pulitzer prize-winning playwright and author, was called upon to ask for a show of hands on favorite novels. Pride and Prejudice came out the winner. But every novel and the fragments had its partisans.

Dr. Greene’s talk on “Pemberley Revisited” was interrupted by a recalcitrant slide carousel. But, having a good understanding, Dr. Litz took over to speak about the evolution of Jane Austen’s response to nature from the superficial picturesque to the moral as displayed by Elizabeth Bennet. Dr. Greene then concluded the evening with his theory, in slides and descriptions, that Chatsworth, the Derbyshire estate of the Dukes of Devonshire, was the model for Pemberley.

Much too soon it ended. But it was a happy ending.