Some notes on the "parish business" in Emma 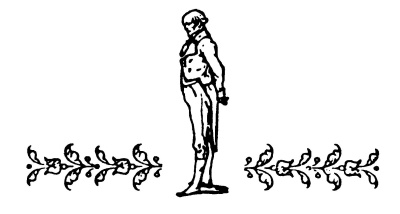 Jane Austen never pauses, as Fielding before her, or Trollope or Dickens after her might do, to paint a picture of Highbury. She weaves the background for Emma into the foreground of plot and character development. One of the most interesting threads in the novel’s background is the “parish business.” (The position of Ford’s or the Crown in the village and in the novel might be others.)

At the Coles’ dinner party in Chapter 8 of Volume Two, Frank Churchill is first to join the ladies.

“He told her [Emma] he had been impatient to leave the dining-room – hating sitting long – was always the first to move when he could – that his father, Mr. Knightley, Mr. Cox, and Mr. Cole, were left very busy over parish business …”

Miss Bates, in telling Emma in Chapter 8 of Volume Three about Jane’s sudden decision to take up a position as governess, gives, in character, all the details of the moment of decision:

“Mr. Elton was called out of the room …, old John Abdy’s son wanted to speak with him … And poor John’s son came to talk to Mr. Elton about relief from the parish: he is very well to do himself, you know, being head man at the Crown, ostler, and everything of that sort, but still he cannot keep his father without some help; …”

The “parish business” plays a part in the supreme moment of mystery and romance in Chapter 13 of Volume Three when Mr. Knightley must reveal his feelings for Emma. He fears she will suffer upon hearing the news of the engagement of Frank Churchill and Jane Fairfax, but Emma tells him about it very calmly. Mr. Knightley has already heard of it.

“I had a few lines on parish business from Mr. Weston this morning, and at the end of them he gave me a brief account of what had happened.”

Mrs. Elton, in Chapter 16 of Volume Three, managing, as always, to boast even as she pretends to apologize, tells Miss Bates why her caro sposo has left her visiting so long.

“The magistrates, and overseers, and churchwardens, are always wanting his opinion … He promised to come to me as soon as he could disengage himself from Knightley … it is a meeting at the Crown, a regular meeting. Weston and Cole will be there too; … I do believe … this is the most troublesome parish that ever was. We never heard of such things at Maple Grove.” “Your parish there was small,” said Jane … “it is proved by the smallness of the school … ’ ”

The “parish business” gives us the world of communal business decisions which underlies the world of morality and sentiment we are focused on. Mr. Elton, so wanting in stature on the side of his character most important to the plot, shows himself as hard-working and capable in this other world. That this world of community action is inhabited only by men was a reality of the time; but, the force of the women’s moral opinions and judgments behind the decisions taken is clearly felt.