St. Nicholas Church at Steventon, where Jane Austen worshipped for the first twenty-five years of her life and where her father was the rector for thirty-one years, is badly in need of funds for maintenance and restoration. The present small congregation is able to pay only the rector’s expenses, the assessed Diocesan Quota, and the electric bills. Once these are met, there is little left over to keep the fabric of the church in repair.

Admirers of Jane Austen who come from all over the world to visit the church are responsible for occasional small gifts deposited in a locked box in the church to help toward its maintenance. These are supplemented by funds raised by teas, barbecues, fairs and other events held at intervals by members of the dedicated congregation.

After much effort they have recently managed to weatherproof the outside stone walls of the ancient building and to restore the stonework and glazing of the East Window over the altar. But this was only a beginning, as the other windows of the church are badly in need of releading and reglazing to keep out the rain and cold weather. Even after this project is hopefully carried out in the near future, there are many other repairs that will have to be made that will guarantee that St. Nicholas Church, the only building in Steventon that is left standing from Jane Austen’s time, will remain a place of pilgrimage for her admirers.

This worthy project has the unqualified endorsement of our society, a vote having been taken at the first meeting of the society in New York in October to sponsor it. If you care to contribute, please make out your check to: The Jane Austen Society of North America, marking it “For Steventon Church Fund” and mail it to J. David Grey, President of The Jane Austen Society of North America, New York, New York.

The following communication was received from Geoffrey Mann, Treasurer of St. Nicholas Church, Steventon, Hampshire. It was dated 1st October and its contents were, therefore, unavailable to us at the AGM at which time the members voted on the proposition to send a donation to Steventon.

Thank you so much for your offer of help towards the cost of keeping our Church in Steventon in operation. We feel that interested ‘Janeites’ in North America might perhaps prefer to contribute towards a definite project, rather than towards a miscellaneous restoration fund whose effects would be less easily identifiable. After some discussion, we conclude that our next restoration project should be the remaining windows in the nave and chancel, seven altogether. Recently, the windows have deteriorated badly and are now in need of urgent attention. We can only guess at the amount involved, which we put at £700 for the complete restoration.

Since the membership pledged to raise $1500, the amount happily coincides with Mr. Mann’s quotation. The sum was decided upon with the hope that, of our 400 members and patrons, 100 would be inclined to send a contribution of $15 each. Checks should be made out to “The Jane Austen Society of North America” and donations will, therefore, be tax deductible. This would not be the case were money sent directly to Steventon. Please respond by January, the target date set at the AGM for sending the money on to England. 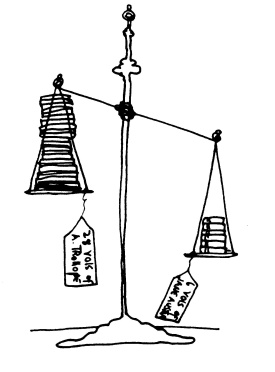