Are you an aspiring Ava DuVernay or Steven Spielberg? Or a young movie maker who is an Austen fan? We invite all North American amateur filmmakers under the age of 30 to compete in this annual creative contest. Membership in JASNA is not required to participate, and it's free to enter. We sponsor the Young Filmmakers Contest to encourage the study, interpretation, and appreciation of Jane Austen among new generations. 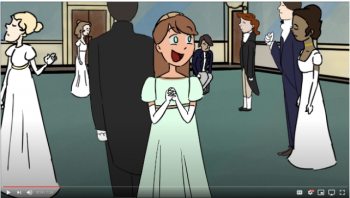 First-, second-, and third-place winners receive cash awards and one year of JASNA membership. Finalist entries are judged by some of the preeminent names in contemporary film, TV and literature, and a summary of their comments is one of the most valuable features of the contest! Past judges have included Amy Heckerling, Robin Swicord, Gurinder Chadha, Ken Turan, Crystal Clarke, Janet Lin, Ashley Clements, and Aydrea Walden.

You can watch the finalists’ videos on YouTube. For an overview of the contest, check out our "highlights reel" below.

Closed captioning in English can be turned on and off with the CC icon in the control panel. 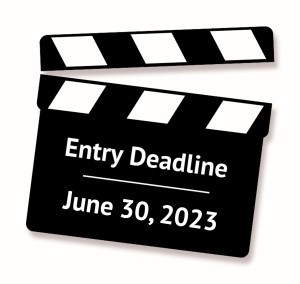 The 2023 Young Filmmakers Contest is now open, and the deadline for submissions is August 28, 2023.

Create a short original film (five minutes or less) on either of the following:

Past entries have included animated films, documentaries, modernizations, and tributes to Austen’s genius. They’ve ranged from heart-tugging stories to hilarious adventures, and everything in between. All you need is your imagination and a smartphone!

Three winners are selected each year and receive the following recognition:

The Young Filmmakers Contest was developed and launched by JASNA's Southwest Region in 2017 as part of the JASNA Annual General Meeting it hosted that year. The Region continued to sponsor the contest annually through 2022, and it is now a nationally sponsored and directed program. Support for the Young Filmmakers Contest is provided by JASNA's J. David Grey Fund in honor of our co-founder.

“For what do we live, but to make sport for our neighbors and laugh at them in our turn?”