"I want to tell you that I have got my own darling Child from London . . . The Advertisement is in our paper to day for the first time . . . ."

Pride and Prejudice is one of the most popular novels in the English language. Over 200 years after its publication, it continues to win the hearts and minds of readers around the world, thanks to its delightful heroine, unforgettable cast of comic characters, witty dialog, and satisfying romantic plot.

According to family tradition, Jane Austen began writing First Impressions, the novel we know today as Pride and Prejudice, in October 1796 at the age of 20. She completed it in August 1797, just 10 months later. 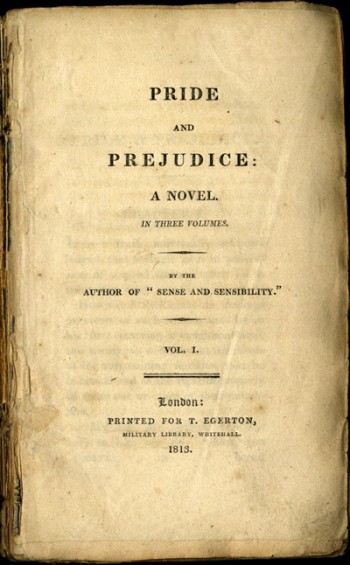 Believing his daughter’s work worthy of publication, the Rev. George Austen wrote a query letter on November 1, 1797, to London publisher Cadell & Davies, offering to send a manuscript “comprised in three Vols. About the length of Miss Burney’s Evelina” if there were any interest in publishing it. Austen’s offer was, however, rejected by return mail.

Jane Austen continued to write, working on early drafts of Sense and Sensibility and the novel that would later be called Northanger Abbey. Encouraged by the publication of Sense and Sensibility in 1811, Austen "lop't and crop't" and significantly revised the manuscript of First Impressions in 1811-1812, changing its title to Pride and Prejudice to avoid duplicating the title of another book published in 1800.

Based on the success of her first novel, Thomas Egerton offered Jane Austen £110 for the copyright to Pride and Prejudice. In return, he would pay for printing and advertising the novel himself and keep the profits, relieving the author and her brother Henry from the onus of managing the publication process. Austen agreed to the arrangement, and the novel was announced for sale in an ad in the Morning Chronicle on January 28, 1813: a three-volume set priced at 18 shillings. The title page credited the novel to “the Author of Sense and Sensibility.”

Favorable reviews by literary critics and word-of-mouth promotion made Pride and Prejudice fashionable, and the first edition sold out in less than a year. 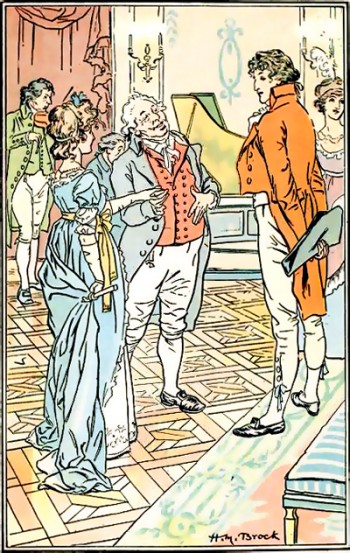 From the beginning, enthusiasm for Pride and Prejudice centered on its realism and wit. The Critical Review described it as “very superior to any novel we have lately met with in the delineation of domestic scenes.” Its natural portrayal of characters, scenes, and dialog set it apart from other works, including gothic novels, that were popular at the time. Critics and readers alike were also charmed by the heroine, Elizabeth Bennet. In a letter to her sister, Cassandra, written the day after the novel was published, Jane Austen's pride in her accomplishment is evident: "I must confess that I think her [Elizabeth] as delightful a creature as ever appeared in print, & how I shall be able to tolerate those who do not like her at least, I do not know." A week later, she admitted to being "quite vain and well satisfied enough" overall with the book.

Over 200 years later, we are also "well satisfied" with Pride and Prejudice, and Elizabeth is considered by millions of readers to be one of the most "delightful" heroines in fiction.

Explore the resources below for more in-depth information about Pride and Prejudice, a discussion guide for your reading group, and more.

“Pride and Prejudice, Here and Now”: Reflecting on a First-Year College Seminar ›

The Triumph of the Insufficiently Accomplished Woman: Austen’s Examination of how the Arts Reflect Women’s Agency ›