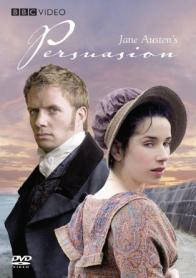 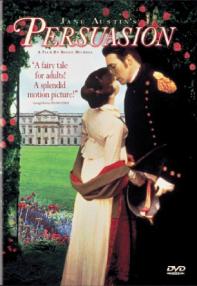 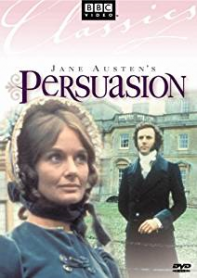 A modern-day reimagining of Persuasion, starring Alicia Witt as Wren Cosgrove and Shane McRae as Owen Jasper. The plot is very loosely based on the novel; a single woman focused on her career in New York is forced to deal with the aftermath of a failed relationship when an ex-boyfriend hires her company. The heroine’s copy of the novel plays a role in the movie.

A remake of the Korean film Il Mare, The Lake House is a poignant time-travel story of chances lost and found. Sandra Bullock as Kate Forster and Keanu Reeves as Alex Wyler live in the same house, two years apart, and through a twist in time are able to leave one another letters in the house’s mailbox. Kate’s favorite novel, Persuasion, figures heavily in the film and the final scene is reminiscent of “the letter” scene in Persuasion.

The novel by Helen Fielding, a sequel to Bridget Jones’s Diary, is an homage to Persuasion, but the story was changed significantly for the film. Screenwriter Andrew Davies (film adapter of several Austen novels) reports that his script included many references to Persuasion, but most did not make it to the screen.

“For what do we live, but to make sport for our neighbors and laugh at them in our turn?”